The Real Lesson Fox's "ShortComs" May Teach Us

Ken Levine, whose work as a writer with David Isaacs I admire, has a wonderful blog, which is required reading for me.  Take a look at this entry.  I'll wait here.

OK.  Glad you're back; the hold music was driving me nuts.  The comment in this blog that took on a life of its own was:

"(Unfortunately for all of us, the most original creative stand up comedian of the last ten years, Mitch Hedberg, is no longer with us.)"

This set off a flurry of comments along the usual lines "I like and miss Mitch Hedberg, too" and "Hedberg, meh" but as any reader of a blog would guess,  even though I enjoyed Hedberg's comedy, this is not going to be a "Hedberg Rules!" entry.  The comments that interested me were the ones that talked about Hedberg's originality.

Was Hedberg original?  Yes, in the sense that he did his own material.  Most importantly, was it funny?   In my opinion, yes and that is the true measurement.  Now, was Hedberg AN original, well...not really.  With the access to more and more information, "nothing new under the sun" becomes more and more true.  Most of the posters then argued for Steven Wright (whom I also enjoy) being Hedberg's influence and that Wright is the true original.

And that too, of course, is wrong.

In the days before television, many, but not all, comedians could make a decent living by buying one or two joke books, memorizing them and regurgitating them onstage.  Youngman may have even done some of this himself at the beginning of his career, but lasted long enough that he was able to publish books full of his one-liners.  He must be considered an influence, considering that his career lasted over fifty years and Hedberg's act was by-and-large unrelated one-liners.

Jackie Vernon comes into play, because he took Youngman's approach and gave it an odd twist. Most comedians are self-deprecating by design, but Vernon would take it to a strange place.  One of his albums was "A Man and His Watermelon", and the title track talks about his pet watermelon.

His odd takes plus his deadpan delivery plus Youngman's one-liner approach lead a clear path to someone like Steven Wright.

There is, as I said, nothing new under the sun, but if you decide to trod the boards, do so, but don't:

Or, you can do what most people do and do one or all of the above and that's comedy.

Now about the title of the blog (don't put on your shoes yet, I'm not finished).  Levine does make a point that giving comics free reign to make their own shows may not be the best idea, even though "Louie" starring Louis CK is a critical and commercial success because he has a vision.  Levine, I feel misses another point and I will make it by paraphrasing actor/writer/director/producer Ernst Lubitsch:

"When the transition from silent to sound movies happened, great meetings were held.  They called all the actors together and said, 'Actors, because of sound, you will have to learn how to ACT.  You can no longer mug and pull faces.  You must learn how to move and speak'  And as you know, those who could adapt did and those with poor unrecordable voices, those who merely reacted to the camera fell by the wayside.

Then they called together the writers.  They told them, 'All you writers, stage direction and synopsis will no longer be sufficient.  You must learn to write dialogue.  You must know what words will work for what actor and what situation.' And of course, the writers that could not do this left the business.

Then, to the directors they said, 'You directors, you can no longer be just traffic cops.  You must learn how to get the best performance out of your actors, you must learn how to stage the action and be sensitive to where the microphones are.  You have to know how the dialogue works with the action.'  Those who were able to this were able to find work and those that couldn't did not.

However, when the movies made the transition from silent to sound, the producers NEVER LOST A MAN.  That is where the true talent lies!  REMEMBER THIS."

Lubitsch is a bit severe, but he does have a point.  Igor Stravinsky and Vaslav Nijinsky were both wonderful at composing music and ballet, respectively, but it took Sergei Diaghilev to bring them together and "The Firebird" became a classic ballet.  In more recent memory, Bill Cosby was an acclaimed comedian, winner of multiple Grammys but after "I Spy" his television success was spotty.  "The Bill Cosby Show" was good, but never a ratings hit and it left the air after the contracted amount of time (two seasons), the "New Bill Cosby Show" didn't last long, "Cos" lasted less time and his movie career was up and down.  He certainly was not unknown, but it was certainly a risk to cast him in a sitcom at a time when sitcoms were not doing particularly well and who facilitated this?  Marcy Carsey and Tom Werner, the producers. Cosby enjoyed his greatest TV success.  Carsey-Werner had a string of comic-related sitcoms, "Roseanne" and "Grace Under Fire" with Brett Butler followed, but they also were behind "3rd Rock From the Sun" and "That 70's Show", neither of which features a stand-up in a starring role.

So, the lesson of ShortComs may be...find a good producer THEN look for the talent.

The sad irony of all of this come from Levine's column:

"I’m approaching this experiment with some reservations but all good wishes.  I hope it works. I hope they find the next Mitch Hedberg (who, by the way, shortly before his death had a deal to develop a show... for FOX)."
Posted by Brian Phillips at 12:34 PM No comments: 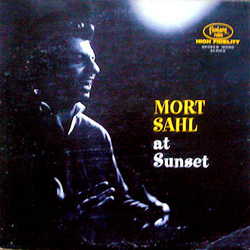 Thing the First:  I never knew that the Christian Science Monitor had a cable TV channel.  It would have been a bit hard to have spotted it, because it only lasted eleven months before shutting down.

Thing the Second:  I didn't know that Mort Sahl had monthly comedy specials on the CSM.  The shows reek of non-interference by a network.  Most of them consist of him talking about politics and culture, an analysis of the news as only he could do it, special guests and a theme song and incidental music provided by a sizable Jazz ensemble!  The producer of these specials, Bob Burns, has uploaded five of these specials to YouTube.  If you are a fan of Sahl's you would do well to see them.

Thing the Third:  One of the shows had a "new feature", which I will not divulge the name of, however, I was astonished who he brought out as a guest in the embedded video, so take a look at 17:00.

Your jaw may hit the floor; mine did.

Posted by Brian Phillips at 6:49 PM No comments: